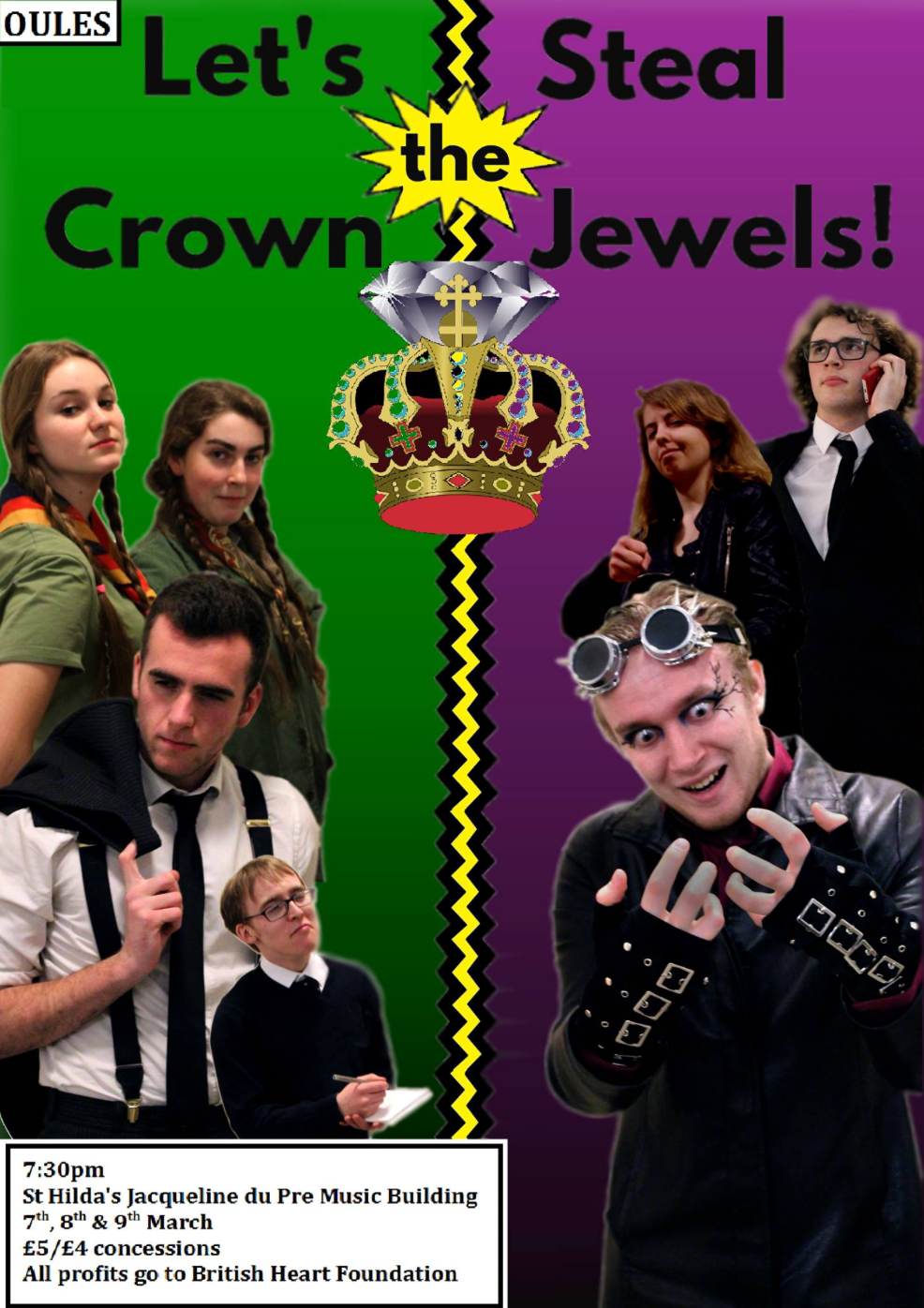 An evil mastermind alone and brooding deep in his volcano lair, three (and a half) scouts determined to attain a badge whispered of only in legend, a group of petty thieves set on striving for greater things, one goal… TO STEAL THE CROWN JEWELS. Follow the successes and follies of three rivals as they (in)expertly attempt to get their hands on the greatest prize of them all. Do a group of jam-loving police, the ‘Quite Tricky Missions Executive’, Sherlock Holmes and some guy that really just won’t stop monologuing really have what it takes to save the day? Or shall the jewels fall into the devious and dastardly hands of Dr Diabolical?

The Quite Tricky Missions Executive

The Lamb and Greyhound Gang