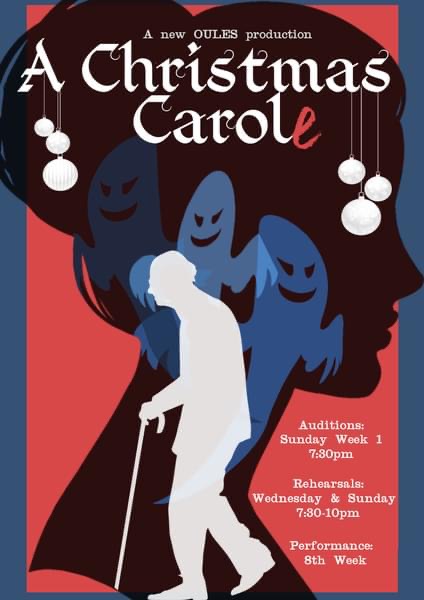 A Christmas Carole is an original modern spin on the Dickens classic. This time it’s not just the famous miser Ebeneezer Scrooge who is visited by night-time apparitions – his self-centred and irritatingly Christmassy niece Carole also meets some instructive spirits of her own! Each embarks on their own ghostly voyage of self-discovery, but disaster strikes when nefarious ghouls fool Tiny Tim and the rest of Bob Scratchit’s children on a foolish mission to save Christmas, leaving hilarious chaos and ghost bureaucracy in their wake…

This show is still in production! If you have any questions or want to be involved, get in touch with out president Tom