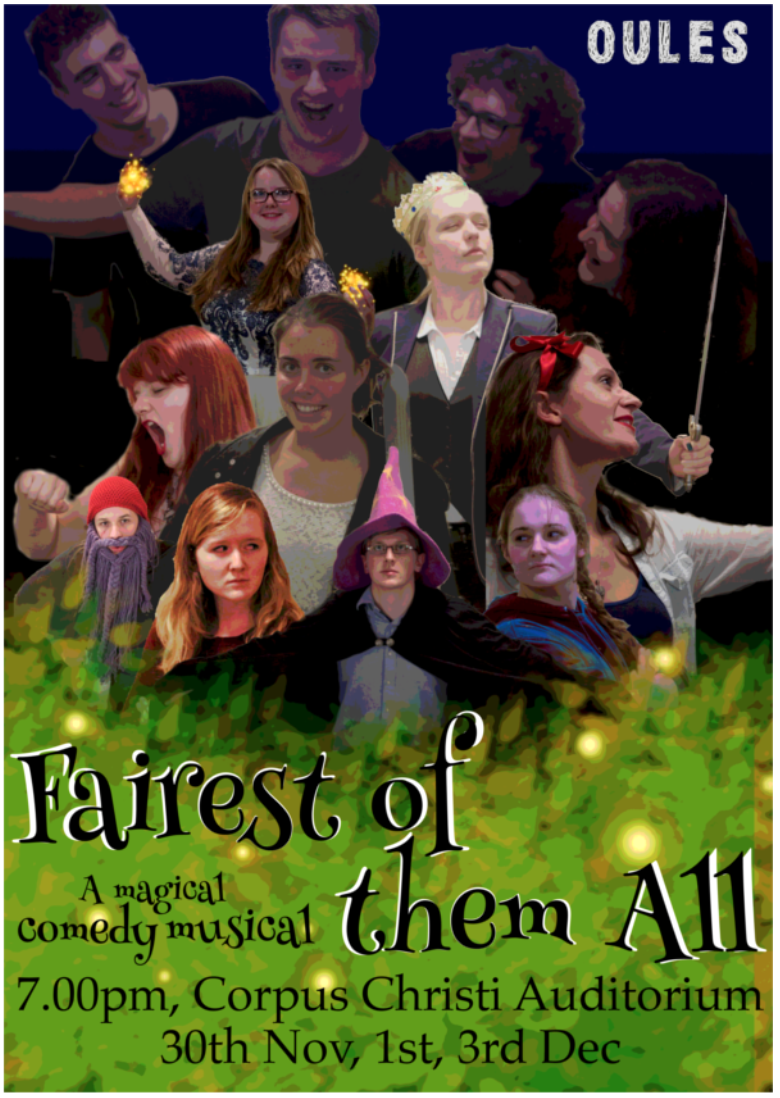 Once upon a time, there was a magical forest complete with wizard, witch, and horrible monsters. Follow the story of Little Red Riding Hood as she prepares to do battle with the Big Bad Wolf (and her inner demons); follow the tale of the increasingly dubiously named Prince Charming as he attempts to find a wife; and follow the Fairy Godmother as she trains some new recruits in the art of wish-fulfilment. Featuring Snow White and the less than Seven Dwarves, Sleeping Beauty and the nationwide Health and Safety epidemic, Rapunzel and the inappropriate tower ascension methods and many more.

Citizens of the Magic Forest